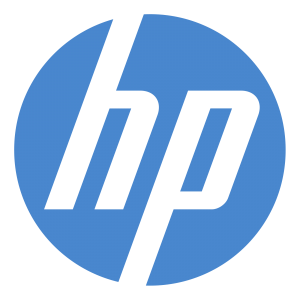 Bill Hewlett and Dave Packard were possibly the Steve Jobs and Steve Wozniak of the late 1930s.  They both studied electrical engineering at Stanford University.  The two met on a camping trip during college and remained friends after graduation.  They began working out of a shed in Packard’s back yard in 1938, resulting in their company’s first product, a resistance-capacitance audio oscillator – an instrument to test sound. What was even more inspiring about this collaboration was their first customer: Walt Disney, who ordered eight of the oscillators to test the sound equipment for his movie, “Fantasia”.  A toss of a coin helped them decide on “Hewlett Packard” as the name of their company.  World War II intervened, but by the end of the 1940’s the company was grossing $2.2 million. 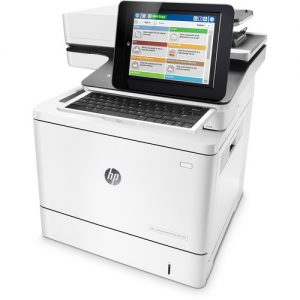 Product after scientific product bore the HP mark of innovation and excellence, from time pieces to computers, calculators to the first laser jet ink printers in the 1980s. An internal HP company messaging system in the 1980s evolved into what we today know as e-mail. HP became an early leader in the multi-faceted office copier, integrating printer, copier, scanning and faxing functions.

Today, HP is one of the top major players in the Multifunction office printers and copiers with an vast network of HP Copier Dealers throughout the nation.  In fact, their research and product development teams have pretty well blurred the differences in sharpness and quality between ink jet and laser printing.  As an example of HPs leadership in the field, we have conducted an in-depth review of HPs popular and top of the line Officejet Pro X576dw MFP.  In several tests, this model matches or beats more expensive lasers on nearly every key aspect, from speed to MFP features to cost of operation – and it even offers edge to edge printing.  The basic cost is under $800.00.  A recent review in a popular trade magazine praised the HP X57dw for its inkjet efficiency while offering Memjet and laser quality.

A part of HP’s company culture is its penchant for staying well ahead of the innovation curve in all of its product lines.  This is especially evident in its Office Copier products.  Because of this philosophy, it arguably offers the best number of choices to meet the unique needs of any company.  The innovations are integrated into every model it produces, whether it is a large floor model, to the simplest desk-top home-office model, the technology is consistent. 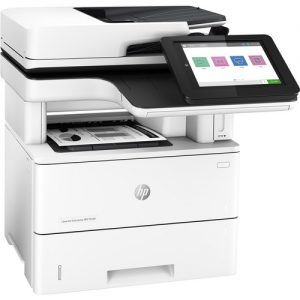 HP is especially cognizant of its responsibility with regard to a machine’s carbon footprint.  Energy efficiency is a hallmark of its operations.  By encouraging the use of integrated HP multifunction printers which let you print, copy, scan and fax, they incorporate features to make them even more efficient, like the HP Instant-On auto on/off feature, which can save up to 50% on power.  This eliminates running up costly energy bills when the printer is not in use.  Likewise, with the inclusion of double-sided printing, even in its low-end machines, customers can cut down on paper use.  Some models offer automatic duplexing capabilities, saving both paper and time.

A unique HP feature, called “HP Smart Web Printing” keeps you from wasting paper and toner on unwanted ads and footers.  HP is also keeping up with the PC-free trend, allowing the convenience printing directly from the newest electronic devices. 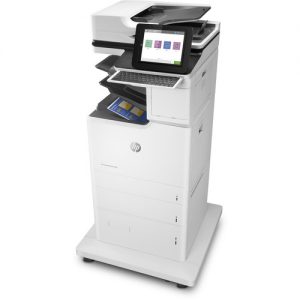 Because not every business needs a color printer, HP maintains a great line of black and white printers and copiers.  When all you are printing is text, an HP mono LaserJet MFP makes good business sense, and thanks to HP’s overall sensitivity to function and price, the array of offerings is substantial.  One of their popular models in this category is the LaserJet Pro M1212nf MFP, ideal for a small office that needs to print, copy, scan and fax.

For large businesses with workgroups of up to 10 people, the LaserJet M3035 MFP is built for high capacity printing, copying, scanning, and Faxing – plus, it has automatic two-sided printing.

For those businesses that create in-house marketing materials, print photos, or simply want to make a statement with their printing, the HP LaserJet Pro CM1415fnw Color MFP comes highly recommended.  And if your business needs a workhorse color printer, the Color LaserJet CM3530 MFP is built for high-volume color printing, and even has an 8.1” LCD touchscreen control panel.

Bill Hewlett and Dave Packard may not have transformed the world  to the extent that Steve Jobs and Steve Wozniac have, but there is no doubt that their impact on the world of printing and copying has been unparalleled.  Perhaps the story of their influence on Jobs and Wozniak still hasn’t been told, but there is no question that the spirit that inspired the genius that became Apple had its prototype in the genius of Hewlett and Packard that perfected the sound track of Disney’s “Fantasia.”

Individuals and companies seeking quality, people-friendly multi-function printers and copiers are best advised to start their search  in the HP catalogue of products.